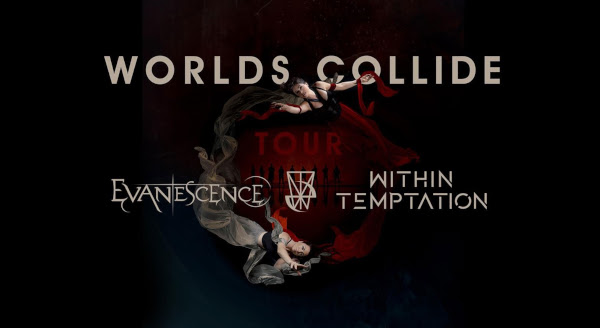 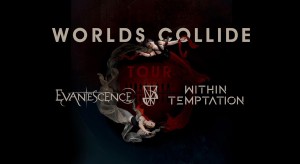 Due to phenomenal demand WITHIN TEMPTATION and EVANESCENCE have added three more dates to the UK leg of their WORLDS COLLIDE tour as well as three more in Europe. Fronted by two of the most influential and creative women in the rock world in the form of Amy Lee from Evanescence and Sharon den Adel from Within Temptation, the extra UK dates take in Glasgow, Leeds, and Birmingham.