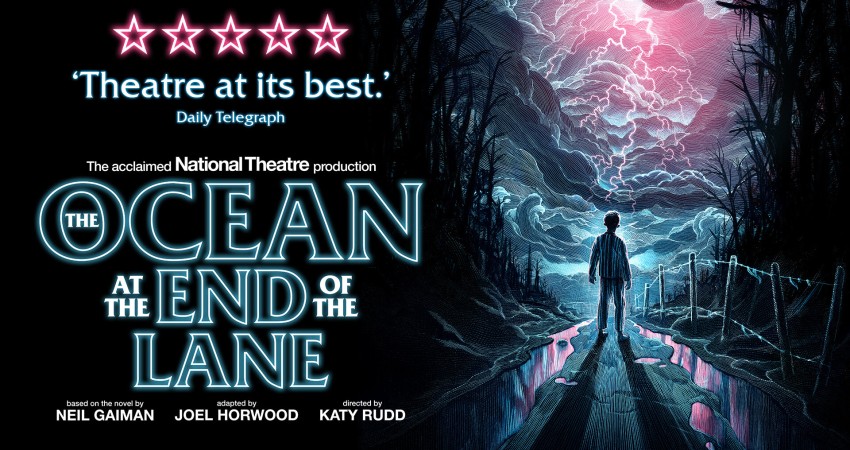 
Ocean At The End Of The Lane Tickets

From the imagination of Neil Gaiman, best-selling author of Coraline, Good Omens and The Sandman, comes the National Theatre’s major new stage adaptation of The Ocean at the End of the Lane.

This thrilling adventure of fantasy, myth and friendship, is a five-star spectacular which blends magic with memory in a tour-de-force of storytelling that takes audiences on an epic journey to a childhood once forgotten and the darkness that lurks at the very edge of it.
Tuesday 24th January – Saturday 2nd September 2023
Woking, Sunderland, Wimbledon, Liverpool, Birmingham, Oxford, Milton Keynes, Bristol, Glasgow
Find out what’s on in the UK, buy tickets, watch videos, post comments, join in the discussion, write reviews, get listings and discover tour dates at UKEvents.net