The Killers Tickets THE KILLERS have announced a major UK stadium tour, along with the confirmation of their hotly anticipated sixth studio album, Imploding The Mirage, which will be released in Spring 2020. The band, whose most recent UK sojourn was their spectacular Glastonbury 2019 headline set, will embark on their biggest ever tour in […] 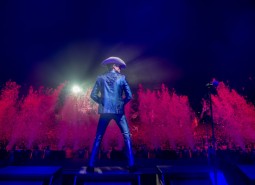 by ukevents November 19, 2019
Continue Reading
Write for Us
Online Shop