DAVID GRAY – WHITE LADDER: THE 20TH ANNIVERSARY TOUR Multi-platinum, multi-Brit and Grammy-nominated, British singer-songwriter David Gray has announced a 12-date UK and European arena tour; White Ladder: The 20th Anniversary Tour, to celebrate the trailblazing album’s 20-year anniversary. The 7 million record selling and one of the greatest and most heart-warming word-of-mouth successes in […] 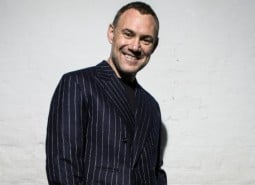 by ukevents October 9, 2019
Continue Reading
Write for Us
Online Shop